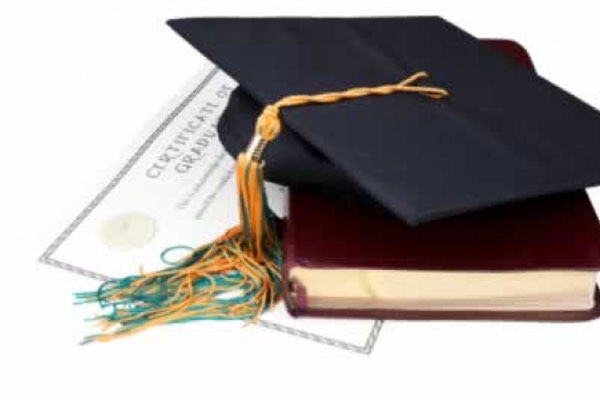 How To Handle Your Child Astrologically During Exams?

The exam and test season can be difficult not just for students, but for the parents as well. It is that time of the year when both parents and students feel the heat of exam stress and pressure. As a parent, you always want to make life as comfortable as possible for your kids. In this way, during the exam season, be there for your children by being more alert to symptoms of stress and pressure. According to astrologers, some signs deal with stress better than others. Here is how each zodiac sign responds to stress and exam pressure.

Aries can often overwhelm themselves with multiple tasks, homework, and assignments. Stress, for them, begins from over-committing themselves. Guide and prioritize the studies of your Aries child so that they do not spend all of their energy at one go. Ensure that they take a pause of 15-20 minutes after every few hours of studying so that they do not burn out.

Replenish energy by physical activities, such as walking, running, exercising, and gardening. Another way to ease stress is to give your Aries child calming foods to eat such as pumpkin, cheese, chicken, nuts, tofu, and sesame seeds. Water can help to keep Aries fire in an optimal state.

It is difficult for Taurus to cope with pressure, stress, and change. One of the foremost stubborn signs, Taurus, can often be very rigid and resistant to compromise. While this can often make them determined to accomplish a task before moving on, it can also be harmful to their time-management. They may feel “stuck” because of this, especially during an exam. Help your child plan out the best and simplest strategy for answering the questions.

As a parent, make a slow and a conscious effort to cut stress and release tension and stubborn characteristics of your child. Breathing exercises are one of the best techniques for stress.

Gemini tends to have a million ideas at once, and this can often confuse and disturb them. Because their minds are always working on something, it can wear them out and make them slow and lazy after a few hours of studying. During the exam period, help a Gemini child by saying no to multitasking and encouraging them to focus on studies.

Geminis can cut stress in half by focusing on physical fitness. The key to turning negative thoughts into positives is physical exercises such as martial arts, dance, running, and other physically demanding workouts.

Cancer can find it hard to keep their feelings and sentiments in check at times. They have a delicate heart, and when under pressure, their stress can show frustration, disappointment, and anxiety. If your child belongs to the Cancer sign and is feeling quite disturbed and irritated, it could be a sign of stress and anxiety. Make sure that your Cancer sign child is getting enough sleep and rest.

Cancer can cut stress in half by balancing emotions. Stressful situations can cause Cancers to be highly sensitive, emotionally imbalanced, and can lead to digestive problems. Cancers should avoid consuming massive amounts of water.

Leo is a sign of power, authority, and leadership. Leos always want to be in charge of things and become stressed when things don’t go according to plan. Let your child create something, which could help them feel in charge, and get focused on their studies again.

Foods high in omega-3 fatty acids such as fish and physical exercise can help to combat stress.

Despite knowing that aiming for perfection isn’t actually healthy, that doesn’t stop a Virgo sign from eager to do so. Wanting everything in a specific order can often cause stress. You can only help them emotionally, and encourage them as best as you can.

Virgo can cut stress in half by maintaining the health of the digestive and nervous system. Meditation and deep-breathing techniques can also help to ease stress.

Most of the stress for a Libra stems from choosing which task should be given priority. If you are parenting a Libra, a good way to help them deal with their stress is by talking and communicating with them. Counseling can help Libras cope with sensitive and emotional issues. Libra needs to remain affectionate and connected with people.

Eating brain-boosting foods can help ease the stress of Libra. Water and lemon juice can help to combat stress and tension. Anxious and Restless thinking can be eased with physical activities, such as archery, knitting, and dancing.

Scorpios are known for being tough-minded, determined, honest, loyal, and ambitious. Scorpio can often be very hard to understand. When they are stressed, they start to lose their temper. Physical and emotional balance is key for Scorpio to combat stress. They prefer to keep their feelings hidden which causes emotional imbalance.

A Sagittarius personality is a combination of independence, intelligence, and compassion. Sagittarius likes to keep things simple, but complexity can stress them out. They usually manage their stress. When they get stressed, positivity and optimism get them back on track. Yoga and meditation will help them cope with stress, pressure, and temper.

Capricorns are generally practical, energetic, ambitious, and disciplined. If your child is a Capricorn, remind them of their achievements and performances, and keep their mind, body, and soul balanced to work at optimal levels.

Capricorns can ease their stress by practicing yoga and eating earthy foods such as leafy greens, soup, avocados, and vegetables

Aquarius loves to be independent and spends time deep in thoughts. They like to do their own thing in their own way, without others’ interference. Help your Aquarius child by prioritizing their tasks, this will ease their stress. Make a list of pending assignments and tasks, and help them get organized. They can gain clarity with calming activities such as gardening and walking.

Pisces are often known for being empathetic and emotional. They can get overly emotional when they are stressed. They also hide their feelings. Talking and communicating helps them calm down. As a parent, you should talk to them and build trust as they need emotional support. Emotional balance is key for Pisces to avoid stress.