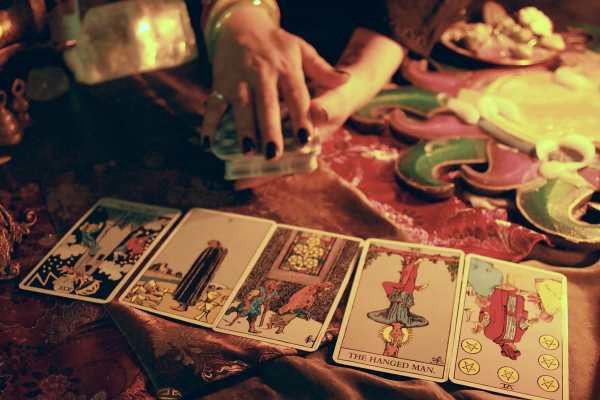 What is Tarot reading, and how does it work?

The history of Tarot Cards reveal that the Tarot first came into existence in 1391. Although tarot card reading is prevalent today, it wasn’t preferred some decades back as there were many negative stigmas ascribed to it. Certain horror movies and stories would always portray tarot card readers as unfriendly, scary, or possessing unnatural powers; however, as time passed, people got to know more about the Tarot’s mystical powers, and their opinions of Tarot readers changed. Subsequently, the Tarot reading has gained popularity worldwide.

Many believe that reading tarot cards is an excellent method to tell about the future or reveal events most likely to happen in the one’s life. But modern Tarot readers go beyond the convention and believe that Tarot lets you know about the future, but it is also an advanced tool for spiritual guidance. It can empower the individual seeking the reading to connect with the higher self and hidden powers. Tarot readings help an individual comprehend what the person has to think about a specific circumstance. The Tarot Cards are a fantastic tool of inner wisdom and guidance, as Tarot readings tend to give a deep and profound knowledge of the past, present, and future events depending on the individual’s present situation at the time of reading. Tarot cards uncover what will occur and permit the individual to comprehend the situation and decide the best strategy depending on what is known and what the cards reveal.

While many people feel that Tarot is primarily to tell about the future, making general forecasts is not the primary scope of Tarot cards. The most acceptable approach to reading the Tarot is to utilize the cards to know more about your nature and improve your instinct and inner wisdom. Each card has its image, which symbolizes some experience and event. This imagery displayed in the card gives you greater access to the psyche’s mind and lets you connect deeply with your inner abilities. This insight helps bring positive changes, which can accrue long-lasting benefits for the individual receiving the reading.

What is a Tarot Deck?

The Tarot Deck is like ordinary playing cards, except here instead of Diamonds, Hearts, Spades, and Clubs. We have Wands, Cups, Swords, and Pentacles or Circles. The Tarot Card deck consists of Seventy-eight cards, each with its meaning, symbolism, imagery, and divinity. Twenty-Two of these cards are the Major Arcana cards, which speak of life’s karma and insightful lessons, and the remaining fifty-six cards of the deck are known as Minor Arcana cards. The Minor Arcana cards reflect the day-to-day challenges that the natives can experience on a daily basis. These fifty-six Minor Arcana cards are further divided into four suits, and these are the Swords, Wands, Pentacles, and Cups. Each of these suits has a different significance and message that they carry with them.

What are the different types of Tarot Readings?

The open reading, on the other hand, talks about broader aspects of life. It can be someone asking about how their relationship will be or how the career will shape up in the upcoming period. In an open reading, you can focus on broader subjects and seek details. Here you can elaborate more on the topic, and the information you derive through this reading is vast.

Tarot has a broad scope so that it can guide beyond simple yes and no answers. Many people feel that the Tarot shouldn’t be used only to make decisions for others. Instead, it should be used as a manual to assist in seeking answers and help them in making the correct choice themselves. We all know that the future is full of unexpected results, and this is where the Tarot can be of enormous help. A tarot reading can assist the person in taking the reading with additional information to make informed and correct decisions.

There are numerous varieties of Tarot decks available in the market, the most popular being decks like Rider-Waite Tarot Desk, New Age Gilded Tarot Deck, Renaissance Tarot Deck, Dreams of Gaia Tarot Deck, Cosmic Tarot Deck, Llewellyn’s Classic Tarot Desk, The Mermaid Tarot, and The African American Tarot. There are many Tarot decks, but they all have similar kinds of cards, the suits, and their implications are equivalent, but the outline on which they are drawn can differentiate enormously. Tarot Decks depend on different topics, such as animals, fantasy, nature, dragons, etc. All the decks comprise of the Minor Arcana and the Major Arcana cards. Each card in a particular deck does have a unique image that can be different from the rest. Each image has a significance concerning a specific way to deal with the challenges of life.

The cards inside the deck are numbered 1 to 10 and incorporate the court cards. Those are the King, Queen, Knight, and Pages. The minor arcana cards represent the more trivial, functional daily ups and downs of life. The Major Arcana are not related to the suits. They incorporate the image cards that speak of standards, ideas, and thoughts. These cards are numbered 1 to 21 with the 22nd card is of the (“Fool”) marked as zero. The major arcana cards represent robust and long-term energy or enormous occasions in our life.

A Tarot spread is how the Tarot reader takes the cards and puts it in front of the person taking a Tarot reading. Each card in the spread is explained by the reader, depending on its face value and position in the spread. The spread position shows an alternate part of the inquiry presented.

Some of the most well-known spreads are the Cross and triangle spread, Astrological spread, relationship spread, the three fates spread, and the spread of the Celtic Cross.